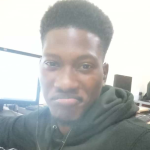 Now I saw an image of myself as a pathetic creature, all alone in my dark cave, as I probably would be now for the rest of my wretched existence. Turning back in front of me, I saw the mists swirl again, changing into an image of Sarafina, another lioness who made up our pride, and Mufasa’s past love. She was alone as well, almost with the same expression on her face as I saw on mine, but I could see the fur upon her face was damp and matted, she must have cried herself to sleep. Her claws were unsheathed and very worn and her paws were bruised and swollen. I could plainly see that the walls of her lair were covered in long scratches and the bones of wildebeests were scattered everywhere. She must have taken the news much harder than I. Suddenly the mists surrounding me changed once more and then an image that I never wanted to see became visible. I saw my damned brother making love to Sarabi! No! I turned away, but the scene was also behind me, right next to the image of me, now with a snarl covering my face, but then a look of intense fear. Gripped with terror, I tried to run from the scenes but it was futile. I figured this all must be a horrible dream! I tried to wake up from this wicked nightmare and even screamed my own name to attempt to wake myself, but it was no use. All around me the mists continued to change showing awful scenes of my childhood, filled with leering lions and lionesses all laughing at me with hideous, sadistic expressions on their faces. I screamed aloud trying to do anything to wake myself up but then all the images vanished and the colors began to swirl together in front of me.