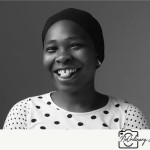 A’N-Hey lovelies, how are you doing. Welcome to my third book and I have to say you are in for a very long journey. Updates will be regular and it’s once a week, sometimes more than that but not less.

copyright©2018
All right reserved. No part of this publication may be reproduced, distributed or transmitted in any form or by any means, including photocopy without the prior written permission of the publisher.

This is a work of fiction. All resemblance to characters, places, and event is merely a coincidence because it is all created from the author’s imagination.

I hope we all know the drill, no negative comment. If you want to criticize it, do it positively. Secondly, This is not going to be one person pov. I am going to write other pov’s where I feel it’s needed.

Remember to vote and comment, that’s all for now.
Love Y’all.

Yewande Daniels was, as usual, driving home in her Toyota Camry trying to beat Lagos traffic.

She was running late and the rain was heavy making the traffic huge, normally she closed at work by 6.00pm and got home around 7.15pm but today she had gotten so carried away with work that she had forgotten that it was time for her to go home.

She checked her time which reads 8.20pm, she sighed at the traffic moving very slowly before bringing out her phone to call her mom whom she figured would have had dinner without her.

Yewande was not surprised that her mom was not picking up her phone since she was rarely a phone person so she sent a quick text assuring her she was fine and hoping she saw it whenever she picked up her phone.

I finally got home after 40 minutes of driving slowly in the traffic, I drove into my parent compound and parked the car in the little garage there. I took my stuff and got down from the car.

“Mom, I am home.”I said as I opened the door and shut it behind me.

I turned around with a smile on my face but I was horrified by what I saw, the whole house was scattered indicating there had been a break in.

I put down my bag and picked up the lamp on the floor as my defense object.

“Mum., “I called silently as I checked the parlor and the sitting room and I was relieved there was no posing danger hiding there. I moved up to the rooms and once I checked a room, I keyed it immediately.

After checking all the rooms and sure that there was no danger. I walked into the kitchen wondering where my mother was. As I walked in, I saw an image that would forever be engrained in my head.

On the floor laid my mom. Her skin pale and as I touched her, my suspicion was confirmed.

Her skin was colder than that of a frozen fish. She was dead and I choked back a sob as I shook my head.

“She can’t be dead,” I muttered continuously as tears fell from my eyes.